The relationship the American court system has with the Constitution is hit or miss. Sometimes they do get things right, but often times, things go wrong. Unfortunately, the court often gets things wrong when America needs them the most.

Consider the case of Korematsu v. United States, when an American citizen of Japanese descent was told he had no constitutional protections. Due to wartime hysteria, President Franklin Delano Roosevelt had ordered all Americans of Japanese descent to be rounded up and placed in internment camps.

These individuals had not been individually tried in a court of law and found guilty of actual crimes. A sweeping order from a single executive indiscriminately rounded up people based on heritage and forced them into isolation.

The Supreme Court sided with President Roosevelt’s extreme racism and told Fred Korematsu that the federal government has a right to act with racial prejudice because of war hysteria.

An Oklahoma court has struck down a law that tried to help protect both unborn children and the mothers. The law in question raised medical standards by requiring abortion clinics to have doctors with hospital admitting privileges.

The reason why the court struck it down? A supposed constitutional right to an abortion.

This is not the first time the strange argument has been made. Earlier this year, the Supreme Court struck down a similar Texas law stating the same thing.

Does the Constitution protect the right of an individual to abort an unborn child?

By design, the Constitution protects a right to be free. In order to truly have liberty, one must not only be secure in their property, but in their own person as well. We should have a right to our own bodies. This is an argument many make in favor of alternative medicine and treatments that are not necessarily rubber-stamped by the government. 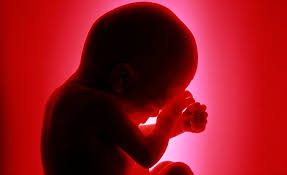 Wouldn’t this protect a woman’s right to abort a child?

The precedent is dark, if this is to be accepted. If we accept the child as a human entity, then it should be afforded equal protection under the law and have its right to life be protected.

If we accept the child may be human but is not yet protected under the law, the precedent is being created that human rights can be selectively enforced.

But what if we completely revoke the humanity of an unborn child, altogether?

These are all scenarios that should be considered by abortion supporters and opponents alike. The question of abortion is more far reaching implications than we realize. It’s not just about the supposed right to abort an unborn child, which actually is nowhere to be found in the Constitution.

The precedent no matter how it’s framed is disturbing. Beyond the precedent, the court system is also conceding that abortions can occur without basic medical standards. A doctor can kill an unborn child without having admitting privileges at local hospitals and clinics.