President-elect Donald Trump has been a lot of things this election cycle. The longshot candidate-turned-incoming President has turned American politics upside down. Among the number of things he’s done to upset the political establishment is his ability to relentlessly troll the status quo. While not everything he suggests, advocates, or does is right, his ability to drive the norm insane is undeniable.

Perhaps the most incredible upset is against the Republican establishment.

He wasn’t ever going to be the Republican nominee for President of the United States. He was never supposed to win. From early on, this was former Florida Governor Jeb Bush’s coronation parade and the House of Bush was supposed to reign again.

Then for pundits and politicians, everything went wrong. 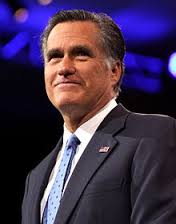 The only remaining hope for the Republican Party as its always been was Mitt Romney.

Romney entered trying to have his Obi-Wan Kenobi moment, with the Never Trump movement pleading for hope. The failed presidential candidate showed fire and defiance in his press conference against the controversial businessman who was taking over his party. He described Trump as a fraud and called him a phony. While falling short of endorsing any single candidate, Romney directed all those on the same page to support anyone other than Trump.

Like when he tried to secure the Republican nomination in 2008 or become President in 2012, Romney failed miserably.

Not only did Donald Trump win the Republican primary, he won it with more votes than anyone else in primary history. Including Romney himself.

Months later, Romney was left with the reality that Trump not only won the nomination with more primary votes than he ever could get, but he actually did what he couldn’t: win the presidential election. Defying most election models, pundit commentary, and political hopes, Donald Trump was President-Elect of the United States of America.

So Romney, predictably once again, flip-flopped and joined the Trump Train. His criticism turned to admiration as he noted America’s best days were ahead. He met with President-Elect Donald Trump at Trump Tower and the two had dinner.

It was uncomfortable, but given that Romney’s first and foremost goal is his own political career, it made sense. Trump was interviewing candidates for Secretary of State and the failed presidential candidate was on the short list. 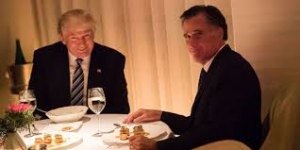 While conservatives and libertarians voiced outrage, many wondered what the purpose of the consideration was. Roger Stone recently suggested it was to torture Mitt Romney. Was that the case?

In the end, Exxon Mobil CEO Rex Tillerson was selected and Romney was out. Was Romney ever a serious candidate?

For all of the things that Romney has done in his political career, this has to be the most humiliating flip-flop. From the days of running to the left of Ted Kennedy for U.S. Senate and being Governor of Massachusetts to trying to be credible conservative for the Republican presidential nomination, Romney has been all over the place on both sides of every issue.

Here, Romney tried to be a superhero before selling his soul to the very thing he sought to defeat. Not only did President-Elect Donald Trump defeat Mitt Romney’s best hopes and the Never Trump movement itself, he brought Romney back for another crushing defeat.