The Republican Party is in an extremely uncomfortable position at the moment. In any other year, the party would be circling around their presidential candidate and the party warriors would be marching off to battle in the general election. The storyline is the same every year: Democrats are bad people and must be stopped at all costs, because even a bad Republican is better than a good Democrat.

That all changed this year. 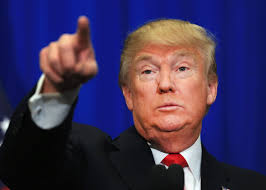 Donald Trump is leading the charge for the Republican Party against the Democrats and not all within the party are comfortable with that. Notable holdouts include former Governor Jeb Bush, who is also brother of former President George W. Bush and son of former President George H.W. Bush. Others include 2012 Republican presidential nominee Mitt Romney as well. The #NeverTrump crowd has made opposing the party nominee on principled grounds mainstream.

While they are notable figures, they are hardly influential in the current political landscape. Individuals like House Speaker Paul Ryan are, however.

The storyline of Trump vs. Speaker Ryan has been another showdown between the anti-establishment uprising and the entrenched establishment. Speaker Ryan is as easily offended as a social justice warrior and as strong on conservative principles as a good Democrat. His watered down moderate politics has been representative of Republican politics for some time, but is now being rejected.

Trump represents the opposite of Speaker Ryan within the Party. 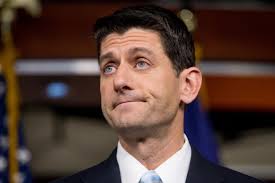 The heir to John Boehner’s throne, Speaker Ryan has taken on the role as party elder this election. He has attempted numerous times to act as one trying to keep the peace and call down the controversial party nominee. It has ultimately failed, as Trump has repeatedly either ignored it or outright rejected it.

Now the ante has been upped.

Now that Trump has taken his position as the official presidential nominee, he isn’t pushing blind unity. Instead, he’s remembering those who refused to support him and have attempted to undermine his parade. In an interview for the Washington Post, he refused to endorse Speaker Ryan in his primary, as well as Senator John McCain.

Speaker Ryan is facing a primary battle from Wisconsin businessman Paul Nehlen and Senator McCain is being opposed by Dr. Kelli Ward in Arizona. Ward has also been endorsed by former Texas Congressman Ron Paul. 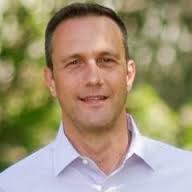 In his comments to the Washington Post, Trump offered a personal endorsement of Speaker Ryan, stating he liked him. But in also praising Nehlen’s campaign, Trump notes the country’s need for strong leadership as a reason why he’s not ready to endorse the House Speaker.

Trump later stated he was happy with his decision to not back Speaker Ryan. Why wouldn’t he be? Regardless of feelings about Donald Trump the politician or character, refusing to back people purely because of partisan warfare is a positive step in American politics. No Republican should blindly support Speaker Ryan simply because he’s an incumbent Republican or a member of Republican leadership. They should consider his re-election campaign, but also consider the candidacy of Paul Nehlen. If Nehlen is the better candidate, why support Speaker Ryan? The better candidate should be the one winning the election, regardless of who the incumbent is.

Donald Trump is granting further legitimacy to grassroots activists within the Republican Party who want to make the Eric Cantor treatment of establishment moderates the rule, instead of the exception. Without actually endorsing Nehlen, Trump gave him a boost by snubbing Speaker Paul Ryan.