In a recent article of mine, I debunked the red herring of  the “roads” argument that many modern socialists throw around. It turns out that lately this article has gotten some pretty lively responses from its critical readers. One such commenter was someone I might have expected to be on my side (politically speaking) as he was presumably a libertarian himself, but the road forked for us at economics. It seemed as if this gentleman was an adherent of the Austrian school (a.k.a. the fantasy football of economics), and he had a thing or two to say about my reasoning behind my aforementioned debunking.

But before we get to that, it might be prudent to first scan briefly the shoal of my original argument: the modern socialist mantra is to call their capitalist fellows “hypocrites” for accepting such “socialist” elements of society as roads and a postal service. My rebuttal to that claim is simple enough in that these very elements of public convenience (as well as many others) predate socialism’s inception; therefore it is not only shown possible for publicly provided services to exist outside of the socialist construct, but it is also a demystifier of the oft-postulation that socialism was somehow the first to breathe life into the concept of government providing services for its people. The rest of us are expected to sit by and trust the narrative that socialism is the only thing keeping decrepit capitalism standing on its flimsy frame; that without socialism, America would simply be a broken, anarchistic carapace. If this is actually true, then how, may I ask, did human civilization ever survive long enough on its own to make it to 19th-Century Europe? How thankful we must be that the bastion of hope that is socialism graced us with its revealed presence just in the nick of time.

Well, of course that argument wasn’t enough for this one critic to accept – he wanted to make sure that I had it all wrong, and that the argument I should have made was a philosophical one, rather than to make a historical argument of economics. In other words, he wanted me to say something that wasn’t completely true. Is economics philosophy? To a certain extent, yes, but unless one is a believer in any of the long-buried schools of thought of the past (the Austrian school being one among them), it is easy enough to recognize that modern economics is a very empirical, and indeed, historical field that deals with hard data, math, and practical analysis.

There are many examples of how and why this is the case, not least of which being the very redefining of the economics field itself in the 1950s and 1960s with the invention of the highly empirical Chicago School of economics. The brilliant, Nobel Prize-winning minds of Milton Friedman, F.A. Hayek, and others coming together to tackle real economic issues, using real data and historical context, brought forth quite arguably the biggest academic revolution since the redefining of anthropology in the 1920s. Yet it is shamefully glossed over by modern scholars far too often today. These men didn’t operate on a hypothetical playing board in which social actors were treated as predictable, soulless objects in vacuums. These men gathered recent information about the actual world they lived in, and to that they applied their economic expertise in order to propose concrete policy proposals that took reality into account. This led to push-back from the long gone Austrian disciples, most notable among them veteran economist Ludwig Von Mises, who once stormed out of a meeting with the Chicago Schoolers and accused them of being, ironically, “socialists!”

But what about a recent example of sound economics utilizing historical context and data to prove itself to the likes of my skeptical critic? Well, as it happens, we have such an example.

In a recent story for The Wall Street Journal, it is reported that economist Carlos Goes has published a new academic paper for the International Monetary Fund thoroughly debunking Thomas Piketty’s controversial 2013 book, Capital in the 21st Century. One of the biggest sticking points for Goes is Piketty’s claims about inequality in America, and how it comes about. How does Goes prove that Piketty’s position is wrong? By examining the historical order of events and confirming or denying proposed causal links in Piketty’s original tome.

According to the story:

Mr. Piketty hypothesized that income inequality has risen because returns on capital—such as profits, interest and rent that are more gleanings of the rich than the poor—outpaced economic growth.

The evidence modern capitalism foments inequality, the former adviser to French Socialist Party candidate Ségolène Royal argued, was in capital’s rising share of income at the expense of labor’s contribution over the last four decades.

“There is little more than some apparent correlations the reader can eyeball in charts,” Mr. Góes says… “While rich in data, the book provides no formal empirical testing for its theoretical causal chain.”

Mr. Góes tested the thesis against three decades of data from 19 advanced economies. “I find no empirical evidence that dynamics move in the way Piketty suggests.”

In fact, for three-quarters of the countries he studied, inequality actually fell when capital returns accelerated faster than output.

Not exactly something that could have been done had Goes simply stuck to an Austrian, philosophical approach at close reading Piketty. And so much the better for the economic world that he did dive into the historical data of the matter to decipher the truth.

But why is this methodology of dissecting the competing economic claims so important from a layman’s perspective? Why should the average person care about how the stuffy academics bicker in their ivory towers? Well, it’s very simple: if everyone can view the evidence being utilized, an objective consensus can be reached, and therefore the claim of personal bias or political agenda-pushing will have a much harder time of being applied. If Goes had simply fallen back into his armchair and ventriloquized the dead players of hypothetical scenarios, leaving the hard data lie, he would have been seen as less credible. It is because he bothered to be a scientist and actually analyze something tangible that he was able to hold Piketty’s claims truly accountable on Piketty’s own terms. And now, it’s checkmate. 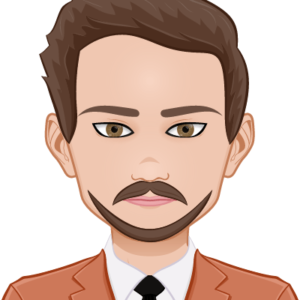 Micah J. Fleck is a journalist and political writer who has spent the past several years developing his political outlook through independent research. While an enthusiast of both American history and economics, Mr. Fleck typically comes at his topics from a more anthropological perspective. His writings and interviews have been featured in various publications - including The National Review, The Libertarian Republic, The Wall Street Journal, and The College Fix - and he is currently earning a degree in anthropology at Columbia University.