It’s not necessarily a new idea for gun control advocates. The idea of blaming gun manufacturers for gun violence has already surfaced this cycle, as Hillary Clinton has previously criticized Senator Bernie Sanders for not embracing the liberal bandwagon. For all his questionable progressive ideas, at least the Vermont Senator was indeed Independent minded enough to realize the flaw in blaming gun manufacturers for gun violence.

Contrary to what gun control advocates would often lead one to believe, gun manufacturers don’t make guns simply for the enjoyment of murder. Executives don’t huddle around a board room table talking about how many people they can let crazy people slaughter.

But herein lies the problem of leftwing propaganda.

Instead of discussing safe alternatives to allow innocent, law-abiding Americans to continue carrying a gun while keeping society safe, gun control advocates seize an opportunity in a massacre and push politics.

The problem isn’t in the fact that guns exist, but that guns are misused. Guns aren’t manufactured for senseless slaughter, but rather to protect against it.

But instead of recognizing this fact, politics is played.

Remington is now being sued because their guns were misused to commit senseless slaughter against the unarmed and defenseless. Wouldn’t it make more sense to allow those responsibly trained individuals present to be able to carry for the purpose of defense?

Again, instead of taking a more logical position, some are blaming the makers of misused tools.

Why doesn’t anyone complain about motor vehicles? Motorcycles result in countless deaths because people are reckless or otherwise not following safety protocol. Should we sue Harley Davidson or any other motorcycle company? 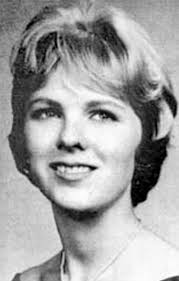 Nobody sued Oldsmobile when Ted Kennedy ran Mary Jo Kopechne into a lake and left her to drown. Instead of being punished for the incident, liberals rewarded him by celebrating his name and electing him United States Senator.

After Omar Mateen proclaimed his devotion to Allah prior to shooting up the Orlando nightclub Pulse and later was revealed to have ties to terrorist organization ISIS, nobody blamed radical Islam. Instead, the Obama Administration covered up the words “Allah” in 9-1-1 transcripts.

If we can’t blame Oldsmobile for Kennedy running Kopechne into the water and leaving her for dead, why can a gun manufacturer be held liable for misuse of it’s product?

If we can’t blame radical Islam for taking otherwise regular Americans, Islamic or otherwise, and radicalizing them, then how can gun manufacturers be blamed for the misuse of their products?

Perhaps we’re looking at this all wrong. Given that it was a body of water that officially claimed Mary Jo Kopechne’s life, perhaps we should lay the blame on Mother Nature. If it weren’t for God, the Big Bang, or some other religious deity or scientific event, that water may not have existed. Kopechne could still be alive, no matter how reckless Ted Kennedy wanted to be.

But that’s crazy, right? Blame water for someone drowning? It’s really almost as crazy as blaming Remington for the senseless slaughter at Sandy Hook by someone who was clearly misusing a product not intended for mindless murder.