Fixing the outsourcing epidemic requires looking to treat the cause, not the symptom.

The case for free trade is simple. Businesses should be able to locate where they want and import what they want. International free market activity is fundamentally parallel to that which occurs within U.S. borders. Thus, when everyone is doing what they are most efficient at, all benefit.

Each country across the globe has a unique culture and demographic as well as access to different natural resources. Clearly, a combination of these factors decides who’s most efficient at what.

By importing some things and exporting others, we all get the best products for the best price.

However, a trend towards outsourcing has sprung up among American companies in recent times. More and more companies are choosing to move overseas.

Although outsourcing isn’t always negative, such a dramatic departure from U.S. shores warrants a close examination.

Free trade serves to let all benefit from consensual exchange, but it only works if firms are given adequate economic freedom within their own country. President Trump has indicated that the solution to the outsourcing epidemic is to levy tariffs or ‘big border taxes’ to keep companies in the U.S.

Such a resolution would perhaps affect the symptoms of the epidemic, but not the cause.

So, why are companies leaving our shores and fleeing abroad in the first place?

Well, for eight years, the Obama administration has been crushing businesses with regulations and taxes. In America, the corporate tax rate is among the highest in the world. Regulations, which have become a cost of doing business, have been strangling companies both large and small.

President Reagan felt the weight of taxes as an actor and President of the screen actors guild. At times, his income was subject to a tax rate of 90%. However, he didn’t respond by asking for special protection from the government. Instead, he went into government and spurred the greatest economic revolution in American history.

Did he do so by instituting a ‘big border tax’ on companies that left the U.S.? No, in fact, Reagan was largely supportive of free trade, saying, “I recognize the inescapable conclusion that all of history has taught: The freer the flow of world trade, the stronger the tides of human progress and peace among nations.”

He instead affected the ensuing tidal wave of growth by committing to cutting taxes and regulation. The Reagan tax cuts left companies with more cash to invest at home and abroad while leaving the government’s revenues higher. The power of President Reagan’s deregulation was best illustrated when he signed an executive order in 1981 ending price controls on oil. Within months, gas prices fell by nearly 50%.

It was Reagan’s commitment to free enterprise, not tariffs, which sparked the economic recovery which would bring down the Berlin Wall.

A country can only benefit from free trade if the country allows businesses economic freedom within their own lands. The solution which will bring jobs back to the U.S. isn’t protectionism, which will only futilely combat the symptoms of outsourcing, but tax cuts and deregulation, which will cure the disease.

Thomas Massie Backs Trump On Bilateral Trade: “His Intuition On Some Of These Things Is Right” 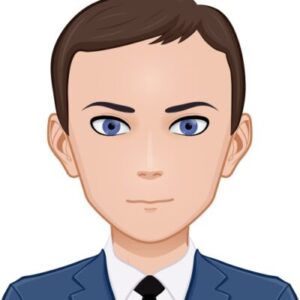 Thomas Massie Backs Trump On Bilateral Trade: “His Intuition On Some Of These Things Is Right”