One of Ronald Reagan’s more obvious fallacies was his location of the date “the Democratic Party left me” as 1948. For this was during the reign of Harry Truman, a liberal anticommunist par excellence; indeed, Reagan’s strategy for causing a Soviet implosion in 1989 was partly traceable to Truman’s containment policy begun in 1947 (Reagan did contribute to this policy the crucial strategy of forcing the Soviets to compete in a costly arms race that assured the implosion courtesy of their flawed economic system).

One could trace the Cold War, at least on the American side, to Truman’s meeting with Soviet Foreign Minister Vyacheslav Molotov, 50 years ago, two weeks after he became President upon FDR’s death. At Yalta, Roosevelt believed that if he gave Soviet Premiere Josef Stalin everything he wanted–in effect, undisputed control over the Eastern Europe he “liberated” from the Nazis–then the Russian’s notorious paranoia would be appeased and he would honor his promise to hold democratic elections in Poland. American officials at Yalta were disgusted with FDR’s actions, believing him to be much too soft with the Soviets as well as naive about them.

Truman had a different view, one more in sync with such anticommunist advisers as George Kennan, who learned firsthand about Soviet conceptions of “democracy” from his vantage point at the American embassy in Moscow during the 1930s and was the architect of containment. Even before his stormy meeting with Molotov, Truman evinced strong–and in opposition to FDR–consistently anticommunist views. Whereas FDR, a slick and agile politician, went from condemning the totalitarian nature of the Soviet Union to advocating that it was democratic (he went from attacking Soviet crackdowns on religious freedom to asserting there was such freedom in the Soviet Union because it was in their Constitution), Truman held fast to his belief that it was a police state. When Hitler invaded the Soviet Union in June of 1941 then-Senator Truman saw little difference between the two regimes and asserted that the US should let them fight it out and then take on the victor.

If Molotov had been expecting a continuation of Roosevelt’s friendly approach to the USSR from Truman, he was quickly disabused. What he encountered at a White House meeting with Truman on April 23, 1945, was a tongue-lashing from the President (as Truman later remembered as composed of “words of one syllable”) that Stalin was violating his promise of holding democratic elections in Poland. Molotov, who survived the Purges, but alas not his wife, who he colluded against, replied that he had never been talked to in such a manner (this from an official close to the belligerent Stalin); to whit, Truman replied that “if you kept your promises, you would not be talked to like that.” Molotov angrily left the meeting.

Rather than regret his outburst, Truman praised his performance, bragging to a friend that he gave Molotov “the straight one-two to the jaw.”

Hence, once upon a time, a Democratic President possessed a spine, and not one reserved only for Israel. 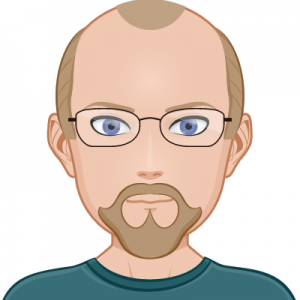 What did Puritan society look like in New England?

During the reign of Queen Elizabeth I of England, the English Parliament put forth measures designed

Thomas Jefferson Was Smarter Than You Think

The FBI’s Attacks on MLK, Jr. Are Helpful Reminders for Today

The Other One Drop Rule