CLICK HERE to watch the debate starting at 7 pm Eastern.

West Lafayette, IN – Today, as Israel marks another Holocaust Remembrance Day, Purdue University’s Forney Hall will host a debate on what many consider to be a modern holocaust – abortion.

Seth Drayer, Director of Training for the pro-life group Created Equal, will square off against Dr. David Sanders, Associate Biology Professor at Purdue.  According to a press release from Created Equal, The pair will debate the question of whether abortion is a moral injustice, with Drayer taking the affirmative side and Sanders arguing in opposition. 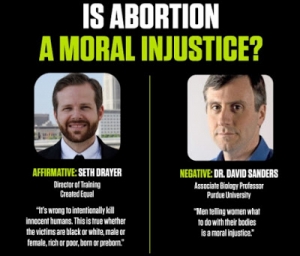 The debate, sponsored by Purdue University Boilermakers for Life and College Republicans, will kick off at 7 pm EDT, and will be livestreamed on Created Equal’s Facebook page.

This isn’t Drayer’s first go-around – in 2014 he and Professor Ralph Webb debated a similar proposition, also at Purdue University.

Abortion was effectively legalized in the United States by the Roe v. Wade Supreme Court decision in 1973 but has remained a contentious issue ever since.  While public support for abortion has diminished in recent years – particularly among Millennials – support for both abortion access and taxpayer funding of abortion providers remains a central tenet of the Democrat Party.

“This debate should be an epic display of the positions of both sides.”

CLICK HERE to watch the debate starting at 7 pm Eastern.

The Worthless Senate: Senators Reject a Bill To Ban Abortions at 20 Weeks 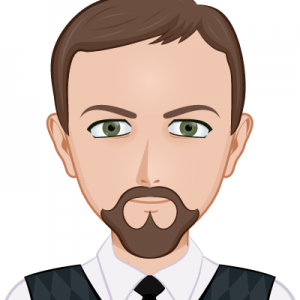 Joel Kurtinitis is a columnist for the Des Moines Register, contributing editor for The Liberty Conservative, and operations director for the US Federalist Party.

Joel was a Regional Director for Ron Paul 2012 and served on the State Central Committee of the Republican Party of Iowa. He co-founded Liberty Iowa in the wake of the Paul campaign, and organized the Free DC Project during the government shutdown of 2013.

When not busy setting the virtual world aflame with controversy, Joel is actually an okay guy who enjoys reading, cooking, chess, bluegrass music, and an occasional foray into fiction writing. Joel and his family live in Des Moines, IA.

The Worthless Senate: Senators Reject a Bill To Ban Abortions at 20 Weeks