You might have had the privilege of taking a course on Friedrich Nietzsche or Martin Heidegger in the Philosophy Department here at Cal – or perhaps you had the good luck of studying H. P. Lovecraft or D. H. Lawrence in an English course. If you were lucky, you might have heard tell of Arthur Schopenhauer or Oswald Spengler’s influence on these writers and philosophers. Undoubtedly their politics came up in passing – and certainly you heard them dismissed as racist, nativist, sexist, and every other slur under the sun. But did your professor or graduate student instructor have you read these thinkers’ political works or commentary? Did they have you thoroughly engage with these ideas, however repulsive they might be to your person? In answering these questions, I would venture a No, or at most, an Unlikely.

It’s not hard to detect the left-wing bias in academia with regard to our curricula; right-wing authors simply aren’t taught. When have the halls of universities such as UC Berkeley last rung with the name of Edmund Burke or Russell Kirk? Allan Bloom or Roger Scruton? And when they are taught, their politics is either dismissed as an object unfit for study, or goes entirely unmentioned. They are not addressed as right-wing intellectuals. Sanitized, squeaky-clean versions of pivotal thinkers such as Aristotle and Kant, for instance, are trotted out on a regular basis, pro-slavery and racist elements quietly expunged. Even worse, professors attempt to apply a left-wing gloss on these venerable figures, as if Plato were a proto-feminist or -communist instead of something for more complex and contradictory.

But left-wing thinkers are never submitted to this kind of memory-holing. Quite the opposite, in fact. At no time are the leftist politics of Percy Bysshe Shelley, Émile Zola, or Michel Foucault omitted. They are, rather, unabashedly celebrated without the slightest taint of the verboten about them. Not to mention the profound emphasis the Academy currently places on Freud and Marx, and their intellectual descendents in the Frankfurt school and beyond.

What we have is not just a social or cultural double-standard in Berkeley, but an intellectual one as well. It is not just anti-social to declare yourself a right-winger in this so-called ‘community,’ but also an intellectual sin to earnestly come to terms with right-wing thinkers. The intrepid undergraduate finds his curiosity either stamped out and destroyed or channeled into ‘proper’ routes of inquiry. In this regard my university, UC Berkeley, hardly lives up to its rebellious, revolutionary reputation. The ‘Number One Public University in the World’ is in reality little more than what the first chancellor of the University of California system, Clark Kerr, called a ‘Knowledge Industry,’ churning out graduates with the same unchallenged, cookie-cutter political ideology.

The kind of men and women produced by this sort of lop-sided education are those ill-equipped for discerning the Truth. The idea of the university is to learn the universal rather than the particular, to create generalists rather than specialists. It is impossible to tell the light from the darkness if you have only been exposed to the former. What is your liberal orthodoxy worth if it hasn’t been won through struggle against contrary ideas? Milton, in his pro-free speech tract Areopagitica, remarked, “I cannot praise a fugitive and cloister’d vertue, unexercis’d & unbreath’d, that never sallies out and sees her adversary.” A degree from UC Berkeley is not a war-medallion, a testament to your ability to avoid evil – your professors made sure you never were challenged to begin with. Students ought to rise against the faculty and demand to be confronted by everything they hate or have been led to hate. Perhaps out of that dialectic something approximating the Truth might emerge.

Again: How can we possibly learn if we are too cowardly to confront those ideas and thinkers which challenge us most viscerally, in registers moral and ideological? UC Berkeley’s motto, Fiat lux (Let there be light)? Hardly. To this I would add: Only where acceptable. 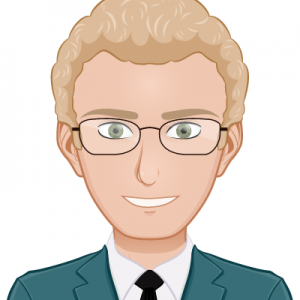 Roy Warden is an undergraduate at the University of California, Berkeley. He is actively involved in the California College Republicans and especially interested in philosophical justifications for conservatism and traditionalism.