On November 1, a largely-black church in Mississippi was set on fire, and allegedly spray painted with the words “vote Trump.”

The police have not determined if the arson and spray painting were done by the same suspects, or if any of those suspects are actually Trump supporters.

However, this did not stop Young Americans for Liberty’s National Field Director, Ty Hicks, from immediately using the attack as a way to condemn all- yes, all- people voting for Trump as racists.

“I do not see how anyone could consciously vote for Donald Trump without some level of serious racial prejudice in their world view.”

Hicks is stating, in no uncertain terms, that he believes all Trump voters are plagued by racial bias and prejudice.

In his capacity as National Field Director for YAL, he supervises hundreds of chapters across the country. Many of these chapters, including those at Washington State University, Georgia Southern University, and others, have leaders that have been very vocally supportive of Trump’s candidacy- and their national field director just called them racists.

He continued to state the following, even citing the current year for good measure:

“His campaign has electrified a conservative base that identifies strongly with racial politics, and it is frankly terrifying to see this 18th Century world view [sic] surge in 2016 with such ferocity.”

Hicks continued to outright lie about Trump’s proposals in the final part of his statement, which read: “Building the wall, banning entrance for Muslims, and putting immigrants on buses out of the country may not be THE reasons why you are voting for him (although it certainly is for many, and many more simply will not admit it), but casting a vote for a man who even endorses such ideas is absurd and morally bankrupt.”

A ban on Muslims entering the country is no longer Trump’s policy position. In fact, Trump has adopted a country-specific moratorium on immigration nearly identical to the one proposed by Senator Rand Paul in his 2015 SECURE Act.

Furthermore, Trump has never called for “putting immigrants on buses out of the country,” and to state so is an unequivocal lie. Trump has only targeted illegal immigrants for deportation, in accordance with federal law.

But when the Libertarian Party nominates a candidate like Gary Johnson, who can’t even hear the term “illegal immigrant” without having an emotional breakdown, it is clear that political correctness has set in across the liberty movement all the way from the party leadership to the youth advocates.

YAL organizes events with Jeffrey Tucker, who blames Trump for an alleged “micro-junta of what [he presumes] were white supremacists” saying mean things to him at FreedomFest.

This incident is another step along YAL’s path towards becoming a fully left-libertarian organization.

At press time, Hicks did not return a request for comment.

In an earlier Facebook post, a YAL state director claimed that many right-leaning libertarians are secretly “national socialists,” or Nazis.

Back in May, a private announcement was made (by none other than Hicks himself) to all chapter presidents that they were to immediately disassociate themselves with Milo Yiannopoulos and his “Dangerous Faggot” speaking tour. Yiannopoulos’ college tours have been, by all accounts, some of the most effective free-speech advocacy that have occurred on college campuses in recent memory.

YAL, fearing Milo to be too controversial and “confusing,” decided to put an end to their involvement with him.

So much for standing for free speech.

To his credit, YAL Executive Director Cliff Maloney quickly stepped in to rectify the situation, and clarify that YAL had not banned their chapters from working with Milo, and that their relationship “remained unchanged.”

However, as reported by The College Fix, fallout from Hicks’ post continued, and some regional directors are reported to have been “discouraging” chapters from pursuing further events featuring Milo.

The truth is less important, believe some young libertarians, than not being called a racist. Jeffrey “Chalk Terrorism Surivor” Tucker left-libertarianism has replaced Rothbardian and Hoppeian libertarianism for many young activists.

Pandering to the left is clearly the goal for many high-level Young Americans for Liberty staff at this point, and if it continues, the principled “liberty movement” has come to an end. 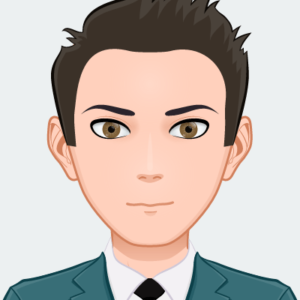 James Allsup is a campaign manager and analyst from Seattle, Washington. He is a YouTube content creator, podcast host, and student at Washington State University.