As Donald Trump becomes the presumptive Republican nominee for President, many in the party establishment have indicated their unwillingness to endorse him, claiming his views run counter to the modern “Conservative” movement. Chief among those who repeat the slogan #neverTrump are former Presidents George H.W. Bush and George W. Bush, whose son and brother Jeb was soundly rejected by Republican primary voters, as well as South Carolina Senator Lindsay Graham (who barely registered in primary polling), failed Presidential candidate Mitt Romney, and Neoconservative talking heads like Bill Kristol and George Will.

Part of their vehement opposition to Trump’s candidacy stems from, whether they wish to admit it or not, anger over Republican primary voters’ sound rejection of the Bush Doctrine and the Neocon agenda. Not only were Jeb and Lindsay Graham (two stalwarts of the Neocon wing of the Republican Party) chased out of the race early, Trump has nearly secured the nomination by denouncing the Bush administration’s agenda.

The War in Iraq claimed thousands of lives, and has left the Middle East in the throws of an all-out sectarian civil war. Terrible trade deals shipped American jobs overseas, leaving many areas of the country in dire straights. An unsecure border has led to a drastic increase in the population of illegal immigrants, who are used as cheap labor by big businesses who do not want to pay Americans (eventually, they will also be used as a reliable voting bloc which will vote for candidates who promote our country’s slide towards a Socialist surveillance/police state).

In the largest turnout in Republican primary history, voters gave a solid middle finger to the Bush/Neocon establishment, rejecting the agenda of the Trotskyists usurpers who have hijacked the Republican Party since the 1960s and remained in power despite making voters promises they never intended to keep.

Though many will choose to not vote for Trump, many others will cast their ballot (publically or privately) for Hillary Clinton, whose foreign policy, trade policy, and immigration policy are synonymous with the Neocons.

Or perhaps they will convince Mitt Romney to leave the party and run as an independent, sapping enough votes from Trump to secure Clinton’s victory (and, by extension, the continuation of their agenda).

No matter the result of the election in November, the Republican Party will never be the same. The gap between the average voter and the Trotskyist Neocon establishment has grown into a Grand Canyon-sized chasm.

Tired of campaign promises broken by the Republican leadership, anger over trade deals that ship American jobs overseas to benefit big businesses, and frustration over a rising tide of illegal immigrants as the border sits unsecure, primary voters have turned to a candidate they believe will keep his promises. 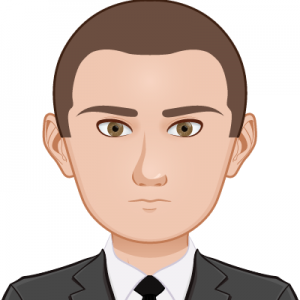 Marxism: The Unwavering, Cancerous Assault on Life, Liberty, and Individualism

Busting Statist And Scripture-Based Fibs For A Borderless America

When preaching immigration leniency and lawlessness in America, immigration bleeding hearts should lay off the Hebrew

The US Constitution Was Never Necessary For Military Defense

Before the US Constitution of 1787 was ratified, its proponents had claimed a centralized and powerful American

It’s Not About Baking The Cake, It’s About Property Rights

Why was James Madison so critical of democracies? Moreover, why was he so concerned about them