At today’s press briefing, Secretary Shulkin announced the Department of Veteran Affairs will begin to adjust its Electronic Health Record.

The changes would make it so the Department of Veteran Affairs and Department of Defense would have the same system, therefore making it easier for health care information to be passed along and kept track of.

Up to date, the VA and DOD do not have the same EHR system, even though, according to Sec. Shulkin, “Congress has been urging the VA and DoD for at least 17 years — from all the way back in 2000 — to work more closely on EHR issues.” He estimates that the process will take approximately 3-6 months, and he does not expect any major push back from Congress.

All in all, the Secretary’s main concern is making it easier for veterans to receive care for medical issues (mental and physical). “When they reach out for help, it’s going to be easier to get them help,” he stated.

Sec. Shulkin handled the Q&A portion with ease: he faced no push back from the media. As I would hope, considering there is nothing controversial about helping people who risk their lives for our freedom’s.

But things got a little more interesting once Deputy Press Secretary Sarah Sanders stepped behind the podium. Sure, some media correspondents asked about Comey’s upcoming trial and if President Trump was going to use executive privilege, that, Sec. Sanders answered he will not do. But the media wasn’t that interested in discussing Comey’s trials.

I honestly could not help but admire, while singing in my head Mariah Carey’s song Obsessed, the fact that Sec. Sanders was not having it. She did not hesitate to say to the media that they “[obsess] over every detail” of Trump’s social media accounts.

She had to clarify on multiple occasions that the usage of “ban” or “restriction” did not matter when discussing President Trump’s recent executive order because his sole mission it to “protect the citizens in this country.”

To top it off, Sec. Sanders was asked if the President criticized the Mayor of London via Twitter “because he’s Muslim.”

“Absolutely not,” she responded.

This is our mainstream media people. The people asking these questions are the same people we are supposed to rely on to keep us educated and informed on what’s happening in the world.

Instead of asking how the United States was going to support London following this attack, or what initiatives the country was taking to fight back against ISIS and terrorism (domestically and abroad), they were more interested with the President’s social media account.

President Trump: We Have Great Confidence In Greece As A Nation 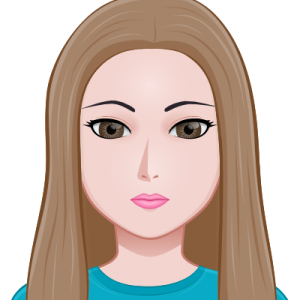 Alissa Stechschulte is a senior at Gettysburg College studying Political Science with a concentration in American Government. She was born and raised in New York City, and a little over two years ago was #WithHer. But once she got involved in politics, she realized her values and beliefs were more conservative. She currently lives in Washington D.C. with her husband Will.

President Trump: We Have Great Confidence In Greece As A Nation