April 23rd at Riley’s Farm, at a fundraiser billed “A Night with the Stars”,  8th California congressional candidate Tim Donnelly had endorsements from such notables as Comedian Rob Schneider,  “Dallas” Actress Morgan Brittney,  “Politichicks” Ann-Marie Morell and Michelle Malkin.   At the dinner several firearms were raffled off and Mr. Donnelly mixed with the ethnically diverse crowd who embrace his conservative ideals in what is the 87th most conservative district in the country.

One such person was Anthony Harris who commented on why he supports Donnelly against the establishment.

“I’ve been supporting Tim Donnelly since he ran for governor.  Unfortunately he didn’t win that race.  That race was an absolute travesty as Donnelly was ahead in the polls but at the last minute the likes of Romney and Jeb Bush and congressman Darell Issa, so called “Republicans”, decided to run a very nasty smear campaign by promoting a “more electable”(liberal) Neal Kashkari.

“The reason why I support Tim Donnelly is because he is a great conservative.  He supports our second amendment rights and  keeping Syrian terrorists out of our country.  His opponent is for letting them all in and voted for the omnibus bill to increase our debt.”

I also spoke with  21 year old Tony Bergida, campaign youth director,  who was inspired to  come all the way from Kansas to work on the charismatic Donnelly’s congressional bid.

“In Washington we need true leaders who stand up for what they believe and go against party . . . because after a point you can’t compromise your core beliefs as his opponent the current Republican incumbent has been sacrificing his principles .  Paul Cook’s  Heritage action voting record shows he was selling out the base and  voting in both directions .  Tim has a straight forward approach and we need more people like him in Congress.”

“As youth director,  young people can contact me for volunteer or internship opportunities for the great cause of liberty and to learn the innerworkings of a campaign.  Studies show that when you get someone involved at  a young age they are bound to remain civically active throughout their life.”

“I think the issues that resonate most with young people are individual liberties including 2nd amendment, 1st and 4th amendment and Tim has a strong record of defending those rights and free speech and that’s where people are getting passionate about Tim Donnelly because he is courageous and brave and gives us someone to follow into battle and that is inspiring to youth in this area.”

Claiming to be a patriot, not a politician, Mr. Donnelly, gave his supporters plenty of red meat to get excited about.  As the host of a popular local radio show and former assemblyman, Mr. Donnelly knows how to work a crowd and garners support from independents and even some liberals as well.

“ After San Bernardino, everything changed.

I made the decision to run for this office when I learned that our Congressman voted for the $1.1 Trillion Omnibus Budget Bill, containing funding for 300,000 unknown and unbacked potential terrorists to come into this country without any provision or improvement to our vetting system. That’s 300,000 potential Tafsheen Malik’s, 300,000 potential chances for another San Bernardino.  When he cast that vote less than two weeks after the terrorist massacre, that was the final straw.

This unchecked, unvetted, knee jerk approach to immigration has become the single most significant issue in 2016, and we need someone who will speak for us.

We need someone who will stand up and speak out about the failed immigration enforcement that has cost so many struggling Californians job opportunities and put our nation at risk.

We need someone that understands that the Second Amendment is not negotiable; it is our natural, inalienable and God-given right to defend our lives, our property and our freedom from all threats foreign and domestic, including tyranny.”

Another supporter,  Robert Woo,  who paid the $100 a plate dinner commented:  “I’m supporting Tim Donnelly because he sincerely wants to challenge the political establishment and supports the preservation of the US Constitution.” 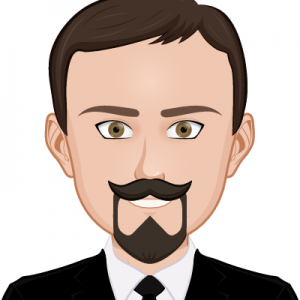 Mr. Hannosh is an Army Veteran, Former School Board President, History/Biology Teacher, Real Estate Agent, Former Candidate for Congress in California's 8th district, Pat Buchanan, Ron and Rand Paul supporter and activist seeking to put Americans first, not the establishment. Mr. Hannosh is married and has a daughter who he hopes will inherit an America that loves peace, liberty and freedom.