The world reacted with shock after Russian ambassador Andrei Karlov was gunned down recently. The assassination shook the diplomatic world as it represents an escalation of violence and perhaps a departure from diplomacy itself. Are ambassadors no longer safe from the violence?

It’s no secret here in the United States that the Russians are becoming less popular. As the mainstream media and partisan Democrats continue to advance conspiracy theories about sinister interference with our electoral process, simple dislike becomes burning hatred.

But does hatred of another country’s policies justify acts of violence against their diplomats? The New York Daily News votes “yes.” 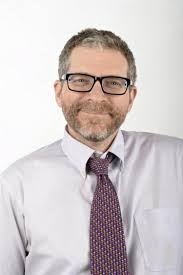 Liberal columnist Gersh Kuntzman wrote an article for the publication not only supporting the assassination of a Russian diplomat, but openly celebrating it. Not only did his words justifying violence and murder get typed, the New York Daily News allowed them to go to print.

The logic that Kuntzman used? The violence in Syria resulting in countless civilian casualties.

The outrage over civilians being killed is a legitimate issue to be outraged about. Raining down bombs and indiscriminately killing people is wrong. Unfortunately, this does happen more often than it should. Even more awful, our own government’s actions abroad results in civilian casualties.

Whether it be direct military action, bombs blowing up or drones striking, the United States’ actions have resulted in civilians being killed.

Does Kuntzman believe these country’s citizens would be justified in shooting our own diplomats?

Obviously our own diplomats shouldn’t be taken down, just as those of other country’s shouldn’t be. Beyond the moral argument, there is a strategic problem with this tactic. Kuntzman justifies the assassination of the Russian ambassador because he believes the ambassador is the face of Russian atrocities.

What is assassinating the symbol of an atrocity going to do? It’s like burning a flag out of protest. It may satisfy some inner rage, but it changes nothing in regards to the actual direction of the country. The only difference is here a flag burning doesn’t result in life loss, assassination does.

What does this do to diplomacy?

If everyone starts assassinating ambassadors, communication among countries is going to burn out. There wouldn’t be meetings to discuss policy and objectives, there won’t be cordial discussions about events affecting their own nations, and there will be a great deal of distrust.

How is this going to help anyone? It won’t stop atrocities abroad and it won’t help end a war. If anything, it will make greater war more inevitable.

Is this what Kuntzman and the New York Daily News want?

The idea that assassinating a diplomat is a productive solution to problems abroad is both reckless and misinformed. For one, murder is wrong. And two, if the aim is to stop atrocities, a diplomat isn’t a policymaker. These dealmakers answer to someone.

Thus the only thing the New York Daily News is endorsing here by allowing Gersh Kuntzman’s horrible article to go to print is the breakout of World War 3. Is this productive for anyone, inside or outside Syria?

Far-left Democrat Charles Booker has announced his bid for U.S. Senate in
Sen. Rand Paul (R-KY) has said that “in all likelihood”, the COVID-19
Rep. Thomas Massie (R-KY) blasted a reporter after the reporter demanded to
A new Campus Free Speech Caucus has been launched by Republican members
Allen West spoke out on the importance of Flag Day to Texans,
Go to Top