Not all news coming from academia these days is necessarily bad news. In my own little corner of this world, some of it is actually quite good, and it’s all that much sweeter when it is considered within the larger context of contemporary events.

At a time when universities and colleges around the country are creating “safe spaces,” hosting “cry ins” and “walk outs,” and distributing coloring books and the like for students and faculty who have been traumatized by the election of Donald J. Trump to the presidency; when institutions of higher learning have betrayed their traditional mission by substituting training in political ideology for education of the heads and hearts of their pupils—I’m happy to report that the members of the community of my little college in Southern New Jersey are busy attending to the sorts of matters for the sake of which the liberal arts had historically been prized.

On November 29, the Dean of the Liberal Arts Division at the institution at which I’ve taught philosophy for the last 17 years, Donna Vandergrift, gave a talk in the campus auditorium.  Patterned on the New York Times bestseller, The Last Lecture, the presentation was subtitled, “Do you know who I am?”

Randy Pausch was a professor of computer science at Carnegie Mellon when he was diagnosed with terminal cancer.  His last lecture, being that it really was his last, was designed to impart to his audience Pausch’s reflections on the human condition, reflections that were as autobiographical in their inspiration as they were comprehensive in scope: Pausch supplied insights into human existence that were drawn from the unique human life that he lived.

Moreover, it wasn’t just any old reading of the human situation that Pausch delivered. The vision that he bequeathed had neither the pessimism of a Schopenhauer or Hobbes nor the utopian optimism of Rousseau or Godwin.  Rather, life, on Pausch’s reading of it, though hard, was also, ultimately, good.

While she is not terminally ill, Donna carried on in this same vein.  Of course, it was from her own life’s experiences that she drew in buttressing the vision of human existence that provided their subtext, a vision according to which life, though ridden with unforeseen but inevitable trials, contains much in which to delight.  In fact, it’s precisely in surmounting these tribulations, in persisting through the hardships, that no small share of this delight is to be gotten.

There is pain, yes, but without the pain, there is no gain.

Donna is a psychologist by trade.  Her lecture, though, was ripe with philosophical jewels. Long before either Donna or Pausch, there was Saint Augustine.  And centuries after the great Catholic philosopher and theologian had gone to meet his maker, there was the Renaissance man and founder of the genre now known as the essay, Michel de Montaigne.  Both Augustine and Montaigne made subjects of themselves.

Augustine declared: “Men go abroad to wonder at the heights of the mountains, at the huge waves of the sea, at the long courses of the rivers, at the vast compass of the ocean, at the circular motions of the stars, and they pass by themselves without wondering.”

To discern the human condition and its relation to the Creator in Whose likeness it was made, Augustine delved into his own soul.  Montaigne affirmed this maneuver when he remarked: “Each man bears the entire form of man’s estate.” It was this belief, doubtless, that accounts for why Montaigne also said that he studies himself “more than any other subject.”  “That is my metaphysics,” he insisted, “that is my physics.”

This last comment is especially revealing.  Metaphysics is the study of ultimate reality, of what’s really real.  And physics is the study of the material world.  In examining himself, Montaigne recognized, what Augustine had realized centuries earlier, that self-knowledge and the knowledge of everything else—including and most importantly the knowledge of the ground of one’s being—are inseparable.

Augustine and Montaigne exemplified more than most the philosophical spirit at its best.  But their faith that reality, though infinitely diverse, is ultimately one, as well as their courage to unlock the hidden mysteries of the cosmos by plunging ever more deeply into themselves so as to unveil their own secrets were hardly unique to these two men. 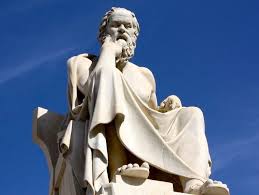 Recall, it was Socrates who famously declared that “the unexamined life is not worth living,” and it was his successor Plato who explicitly noted the parallels between the nature of the human soul and that of reality.

Moses, the Buddha, Confucius, and Lao Tzu are some of the ancients from around the world who realized that one’s own condition is a window into reality as a whole.

As to the stuff of which the self, humanity, and reality are made, and as to how these things are related to one another, these are questions that have been answered variously.  Yet there is, it seems to this philosopher, a common theme that unites the vison of each person with that of every other, a theme that transcends the contingencies of time and place, history and culture.

This theme is that of unity-in-difference.

The contradictions between philosophies of humanity and the world no more preclude recognition of common bonds between generations and ages than do the contradictions, the flux, within oneself preclude a sense of individual identity.  Implicit in her talk was this awareness on Donna’s part that while she has spent most of her life oscillating between disparate ideas as to who she “really” is, it is through these internal conflicts that her sense of oneness, her sense of being a unity, a single self, has strengthened.  The more acutely one feels the conflicts in one’s life, the greater is both one’s determination to find resolution and the confidence that one’s quest for wholeness will eventually bear fruit.

In revisiting—or, more accurately, reimagining from the vantage point of the present moment—some of the crucial events of her life, Donna was furthering her journey to both self-discovery and, importantly, self-creation (The two are not mutually exclusive).  And insofar as she enacted and re-enacted her life before the college community, Donna underscored a critical truth that is all too easily forgotten in our exceedingly individualistic age: The forging of one’s own identity is, in significant ways, a communal enterprise of a sort.

Ours is a Politically Correct epoch.  The liberal arts and humanities have been corrupted by the infusion of political ideology in colleges around the country and beyond.  As readers of this column are all too familiar, this is a theme on which I regularly sound off.  Yet when departures from this descent into the abyss occur, when minds are once again provoked to look inward, upward, and outward, they must be celebrated.

And when they occur at my little school, and courtesy of my colleagues, it’s that much more satisfying to be the bearer of glad tidings.

President-Elect Donald Trump’s new Education Secretary, Betsy DeVos, is the best pick in the history of

Jack Kerwick received his doctoral degree in philosophy from Temple University. His area of specialization is ethics and political philosophy. He is a professor of philosophy at several colleges and universities in New Jersey and Pennsylvania.

Marxism is a cancer that has plagued societies across the globe in
When preaching immigration leniency and lawlessness in America, immigration bleeding hearts should
Before the US Constitution of 1787 was ratified, its proponents had claimed a
A big headliner in the news lately is the Supreme Court Case, Masterpiece
Why was James Madison so critical of democracies? Moreover, why was he
Go to Top