Partisan times are upon us. The general election is that special part of politics where principles and policy discussions become secondary to simply making sure the other party looks terrible. Anything probable Republican nominee Donald Trump does will be called out by the opposition party purely because of their party registration. The same is true for Associated Press-nominated Democratic candidate Hillary Clinton.

For that reason, it’s not entirely surprising that the Brexit response of Clinton would be based on what Trump said. 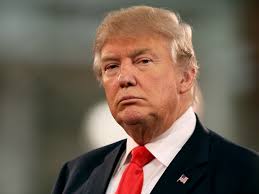 Speaking for the first time after the United Kingdom voted to leave the European Union, Clinton slammed Trump without specifically naming him, but making reference to a “snarky tweet.” Trump has become known for his unfiltered speech and use of social media to communicate his uncensored thoughts.

Clinton specifically stated that nobody should be confused about the United States’s commitment to Europe.

First question: what does Europe matter? It’s certainly apart of the global economy, but in the end, the United States of America should be most concerned about itself first. Those running to be the chief executive of this country should be focused on policies that will work to the betterment of this country, not another.

The problem is the Democratic Party gets it wrong on both counts, domestic and foreign.

On the foreign front, Clinton is attempting to portray Trump as being anti-Europe with his tweeting style. But what does it mean to support Europe? Does it mean supporting them regardless of what path they chose? Or does it mean backing unity and only favorable outcomes?

The answer to the question actually lies with President Barack Obama himself.

In the final days leading up to the vote, President Obama was faced with a decision. Europe was on the edge of a potential earthquake of a vote that would shatter politics and the economic dependency of the European Union. It would also affect other countries who work with the European Union, as well. 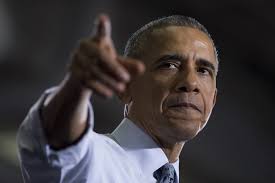 President Barack Obama’s response was to openly threaten the United Kingdom. In attempt to influence the vote and intimidate the voters, he stated that leaving the European Union would affect the trade relationship with the United States. Essentially, moving forward on Brexit would put them at the back of the queue.

How is this standing with Europe?

In the end, Democrats showed themselves to once again only care about themselves and their political agenda. In terms of Brexit, President Obama put his politics before another nation. Brexit, regardless of how the vote turned out, would be a significant moment in history. It would be significant not only for the British and all of Europe, but the world. Given the impact on the British themselves, any leader should be encouraging involvement in the democratic process instead of attempting to sway it’s outcome.

Herein lies the problem though, President Obama doesn’t stand with Europe or the British through this important vote. Will Hillary Clinton call out the President for refusing to stand with Europe and allow Britain to decide it’s own course without interference?