Former Texas Congressman Ron Paul liked to discuss the importance of education and note that the movement was bigger than any one presidential campaign. Twice he tried to secure the Republican presidential nomination and was rejected by a party full of neoconservatives. Despite failing to capture the nomination, Paul did succeed in launching a movement. Libertarians and those who lean towards the philosophy found themselves united and networking. Liberty candidates ran for offices from the municipal level straight up to federal, with varying degrees of success.

The liberty movement became alive and grew stronger. But in some ways, it is failing. While campaigns don’t make the movement, they can hurt it and even break it. 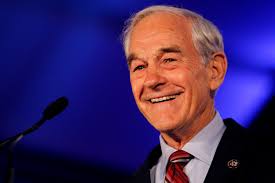 In 2012, the Ron Paul presidential campaign ran a caucus-focused strategy that proved very successful. Through navigating caucuses and taking control of state conventions, the Paul campaign began amassing enough delegates that the Mitt Romney campaign and Republican National Committee started to fight back. This led to a lot of push back throughout a number of states, with some attempts more successful than others.

The Maine delegation became front and center in the battle, as the RNC sought to purge the duly elected delegates who supported Paul. This would eventually lead to a proposal that would seat half of the Paul delegation while handing the other half of seats to mainstream party members. According to multiple members of the duly elected Maine delegation, the deal was an outcome the Paul campaign was pushing on the National Delegation for months ahead of the Convention.

Capitulating to Republican leadership was a major selling point going forward for liberty leaders. If activists integrate themselves into the system and scratch their backs, they’ll scratch ours. Jesse Benton would move on to run Mitch McConnell’s re-election campaign, for example. 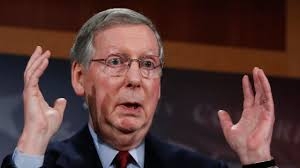 Does the cause of liberty benefit from the continuing reign of McConnell? That point was secondary to the infiltration scheme, where libertarians would become secret agent spies within the Republican Party and take over the structure over time.

Compromising principles is never a winning strategy for liberty, though, and this has been proven twice this year, including with regards to Paul’s son, United States Senator Rand Paul of Kentucky. Given the elder Paul took his battle all the way to the National Convention, the more mainstream and establishment-friendly younger Paul was seen as a legitimate early threat.

Senator Paul instead would drop out after coming in fifth with 4.5% of the vote in the Iowa caucus.

Now the Libertarian Party is borrowing a page out of the Senator Paul playbook. Instead of running on liberty principles, former New Mexico Governor Gary Johnson is running more on tone than policy. The major sell of his ticket is a sane alternative to the two main candidates while catering much more to the left than the right.

Johnson is lingering in the single digits and has missed the presidential debate stage. This all but guarantees that he won’t be a significant factor in this general election. 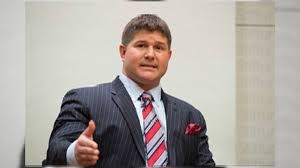 Ron Paul’s 2012 legacy has become tainted to a degree with revelations of criminal activity leading up to the Iowa caucus. Three prominent members of the Paul campaign have recently been found guilty of hiding payments to Iowa State Senator Ken Sorensen, who at the time had suddenly changed his endorsement from Michele Bachmann to Senator Paul. Former campaign chairman Jesse Benton and campaign manager John Tate will serve two years probation and pay a $10,000 fine. Former deputy campaign manager Dimitri Kesari, described as the plan’s architect, has been sentenced to three years in federal prison.

Will this be the legacy of the liberty movement? The Ron Paul campaign leadership was catering to the Republican National Committee, these same leaders who have recently been nailed for buying endorsements and dodging the law. The presidential campaign of Senator Rand Paul fell flat after spending so long trying to befriend the Republican establishment. Gary Johnson is now failing to make the debate stage after avoiding libertarian principles just as the Kentucky Senator did.