This election cycle has been bizarre, to say the least. A year and a half ago, it was former Florida Governor Jeb Bush’s nomination to lose. Hillary Clinton was always the constant, but nobody predicted that Senator Bernie Sanders would mount such a strong challenge against the former Secretary of State. When all was said and done, Bush was left behind early in the primaries and Donald Trump is going to be President.

How did this happen?

The Democratic Party suggests that it was the Russians. During the 2016 election cycle, the party has reinvented itself as the party of paranoid red-baiting alarmists. Wikileaks, once an ally of the Left, now has become the bane of their existence. All because of transparency.

Let’s suppose that the Russians did rig the election. Through some dark plot, the conspiracy theories of the Left are all true. The election was indeed compromised.

Do the Democrats have a leg to stand on with their criticism of it?

Ironically, through the hacked e-mails and documents released by Wikileaks, we know that the Democratic National Committee rigged their own presidential primary. The leaks confirmed the suspicions of many Senator Bernie Sanders supporters that Debbie Wasserman Schultz was biased. 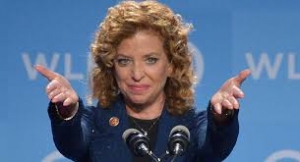 No matter how hard the fight or strong the show of force, Senator Sanders would not be the party nominee. Not if the Democratic National Committee had anything to say about it.

But which is worse: the release of hacked information that helped voters make a decision or the actual bias of a governing body that influenced the democratic process?

The problem here isn’t the threat of external elections influencing an election. It’s not the threat of someone else making decisions other than the electorate. It’s about power. The Democratic Party, like any other establishment, feels threatened by exposure and transparency.

If it was, there wouldn’t be superdelegates in the primary process. But there are superdelegates and the party establishment has defended their continued existence. It is unlikely, despite the continued fight of the progressive grassroots, that they will disappear completely anytime soon either.

Beyond this, the Democratic Party aided the Clinton campaign and reduced the number of debates, helping out Hillary Clinton most.

Who benefits from debates? The one with the least amount of exposure.

Hillary Clinton is known in all political circles because she’s been involved for decades. She’s entrenched in the system having been a First Lady and served as United States Senator and Secretary of State. Her resume is extensive. Through this time, America has come to learn her political positions and demeanor.

We didn’t need any clarification about who she is. But Senator Sanders on the other hand?

The entire Democratic primary was rigged. Then-chairwoman Debbie Wasserman Schultz was helping behind the scenes to ensure that her friend Hillary Clinton secured the nomination. This was made possible with the assistance of superdelegates. Somehow, this isn’t meddling but a whistleblower website releasing documents exposing political figures is?

The left is being disingenuous, predictably. This isn’t about election integrity. It’s about power.