President Trump hosted the Prime Minister of Spain, Mariano Rajoy, at the White House on Tuesday afternoon. The alliance between the two nations remains strong as both countries continue to uphold their strategic and economic relations.

“Relations between the two countries have been excellent. We must continue to work to strengthen those relations even more,” Rajoy said.

The meeting focused primarily on bilateral efforts to fight against geopolitcal threats, staunch opposition to the Catalonian referendum that both men share, and how the Puerto Rican crisis is being addressed.

After the recent terrorist attack on Spain last month, measures to subdue terrorism have increased by both countries. President Trump assured that “we will continue to deny the terrorists their funding, their territories, and any form of support for their wicked ideology.”

Spain’s troops have trained members of the Iraqi security forces acting as hosts to American service members on Spanish bases. Prime Minister Rajoy suggested that “we still need to do a lot in the area of intelligence. We need to improve the coordination mechanisms in the area of cybersecurity.”

In regards to North Korea, Spain has taken action by expelling the North Korean ambassador. They continue to work with the U.S. to isolate North Korea while striving for its de-nuclearization. Trump has stated that the military option remains a possibility, especially in light of North Korea’s Foreign Minister accusing President Trump of declaring war.

In regards to Venezuela, Spain has spoken out against Maduro’s regime and, like the U.S., issued the stepping up of economic sanctions. “We’ve noted that there’s a need to sustain international pressure on the Venezuelan government,” Rajoy said.

The recent revolts by Catalans to hold a referendum vote to separate from Spain has gained widespread coverage, especially since the Spanish government is halting the vote through aggressive policing measures. When asked about his thoughts on the referendum, Trump stated that he believes “Spain should remain united.”

Rajoy believes it would be “very wrong” and explained that the referendum cannot take place there without an electoral committee or proper organization of the referendum. When asked about the political crisis, Rajoy affirmed that “he will not be calling early elections.” Efforts to quell the referendum remain controversial, even after polls have shown that the majority of Catalans do not wish to become an independent state.

As Puerto Rico remains without power and citizens stay short on supplies, the island continues to be in a state of crisis. Both Trump and Rajoy expressed solidarity for the people of Puerto Rico. Trump emphasized FEMA efforts as well as the work done by first responders to assist Puerto Ricans who have lost their homes.

The restoration process has included the “unloading, on an hourly basis, [of] massive loads of food, water, and supplies.” Trump will be visiting Puerto Rico next Tuesday to assess the situation and assist in relief efforts. 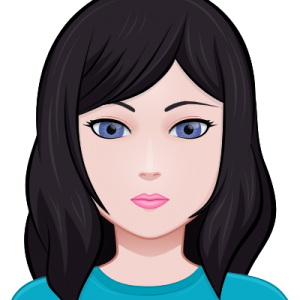 Samantha Cosme is senior at the George Washington University studying Political Science and International Affairs. She has worked with both a Republican House and Senate office and interned for the Heritage Foundation. She hopes to work with public policy in the future with a focus on Latin America.