For five years, billionaire hedge fund manager Bill Ackman has attempted to bring Herbalife, a global nutrition and weight management company, to the brink of financial ruin—all for his personal financial gain.

Fortune reported that, back in 2012, Ackman’s Pershing Square Capital Management took a $1 billion short position in Herbalife’s stock, expressing his belief that Herbalife was a “pyramid scheme.” He claimed that he would give proof the very next day.

In an apparent victory for Ackman’s short position, Herbalife’s stock lowered 10 percent within six seconds, causing the company to issue a temporary trading halt. Ackman offered a 342-slide lecture the next day, calling Herbalife, the “best-managed pyramid scheme in the history of the world.”

According to the New York Times, Ackman’s labeling of Herbalife as pyramid scheme stems from claims that the company makes a larger profit from recruiting distributors than on the sales themselves. However, Herbalife lawyers have fired back, accusing Ackman of utilizing “false statements” to manipulate Herbalife stock.

Ackman stated he intends to take this battle to the “end of the earth,” and has hired numerous law firms, a public relations firm, and a plethora of lobbyists to influence lawmakers toward his own ends. In one case, former Senator Edward Markey (D-MA) wrote letters to Herbalife, the Federal Trade Commission (FTC), and the Securities and Exchange Commission (SEC) months after his staff met with Ackman.

Ackman’s efforts didn’t stop there. A 2014 ABC news article accused Ackman of hiring a supposed whistleblower within Herbalife to the tune of $3.6 million, suggesting a conflict of interest that puts the whistleblower’s account into question. Furthermore, investigators from the Justice Department have subpoenaed several players who helped Pershing Square Capital publicly wage war on Herbalife.

These moves had one objective in mind—Herbalife’s demise. “Coincidentally,” this would result in massive profit for Ackman and his investors. Ultimately, this amounts to disingenuously destroying a company for the sake of financial gain. Predatory capitalism at its worst.

In a July 2016 agreement, the FTC required Herbalife to pay $200 million and to restructure its business practices. However, a Herbalife spokesperson stated that the agreement “does not change our direct-selling business model and will set new standards for the industry.”

“We agreed to the terms and to pay $200 million because we simply wanted to move forward with our mission,” the spokesperson continued.

Herbalife announced in June 2017 that the FTC has found the company to be in full compliance with this agreement, and that 90 percent of its 3 million U.S. transactions are documented consumer purchases—well over the FTC-mandated 80 percent benchmark.

“These figures should put an end to any questions regarding demand for our nutrition products and the strength of our go-to-market business model,” Herbalife’s CEO proclaimed.

In short, this means that Herbalife’s reformed business model is profitable and, more importantly, undeniably and unquestionably legal. Ackman’s bid to destroy the company to make good on his $1 billion position has failed. Crony lawmakers and predatory capitalists like Ackman should admit that their cruel gambit has failed, and rightfully move on.

The Tax Increase In Reform’s Clothing 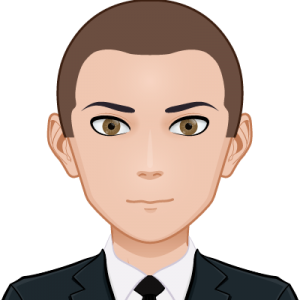 Mithcell Gunter is a reporter with Campus Reform and a contributor to The Liberty Conservative.

The Tax Increase In Reform’s Clothing