The Republican Party has become a war zone and a lot is made of Donald Trump’s effect on the situation. All through the primaries, he was a topic of growing controversy and even after locking down the path to the nomination, many Republicans still remain uneasy. Moderates cite his demeanor, conservatives cite his connections to Democrats, and libertarians cite is support of various big government policies.

Chaos is currently engulfing the Republican Party, but Trump is not the only threat to stability.

Politico covered a developing internal power struggle for something that is realistically meaningless: the platform. While Trump is securing his coronation, social conservatives are preparing to go to war to ensure the marriage freedom forces do not secure victory this month.

The current party platform endorses a marriage between two people and the government, with bureaucrats regulating who can and cannot enter in private relationships.

The problem with social conservatism is it’s conflict with conservatism itself. If liberalism is inflating the size of government, what should conservative naturally be? The opposite. Whereas liberals aim to have government involved in marriage, conservatism should want to get government out of marriage.

Are two homosexuals getting married going to hurt two religious heterosexuals’ marriage? The answer should be no, and if it isn’t, then perhaps marriage counseling is in order. 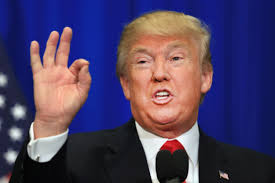 The speculation for months has been that Donald Trump will ignite chaos and disorder within the ranks of the Republican Party. His difficult positions are putting politicians and leaders in the awkward position of standing by the party brand, even though Trump is at the top of the ticket. To this point, Trump has been boosted by new Republican voters and those disaffected conservatives who have long wanted something more than another moderate ticket.

The growing disorder will be enough to throw the Republican Party off balance going into the general election, but now the anti-homosexual forces and social conservatives who put government force before freedom will threaten to hurt any remaining hope of unity. If government doesn’t intervene with private relationships and regulate who can and cannot enter in personal partnerships, it’s game over for these people.

For this reason, the Republican Party’s message of unity is more in danger by the anti-LGBT crowd than Donald Trump himself.

Republicans have a unique opportunity now to embrace freedom in some way. Donald Trump may not be the standard bearer many want and he’s hardly libertarian or arguably not conservative, but there’s another battle where the future of the Party can be steered in the right direction. This is the platform battle with the issue of marriage.

Will Republicans side with the message of freedom and embrace deregulating marriage, thus getting the government out of the business? Or will Republicans continue to want government force to define personal relationships and private contracts, setting freedom aside and becoming the very thing they claim to be opposed to?

Time will tell if the Republican Party is ready to embrace freedom.