Government is known for wasting taxpayer dollars, but sometimes the bureaucrats really outdo themselves. This time, it involves the Equal Employment Opportunity Commission. The EEOC, originally created by an Executive Order signed by President John F. Kennedy, protects individuals from workplace discrimination. Their responsibility was originally intended to ensure individuals are not discriminated against based on race, creed, color, or national origin.

And now the federal government may be here to protect you from historical symbols. 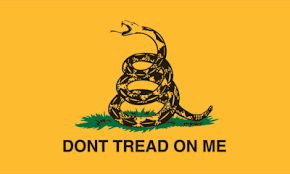 The issue at hand started with a complaint filed by a black federal employee who did not like a coworker’s hat bearing the historical symbol. Instead of disagreeing in principle, but supporting the free speech rights of his coworker, the federal employee sought to waste taxpayer dollars to fight a hat. The complaint states that Gadsden Flag is an “indicator of white resentment against blacks” because Christopher Gadsden was a slave owner.

Slavery is wrong and is contrary to the principles of liberty. There is no excuse for the idea that anyone has control over the existence of another’s destiny. But on that point, there were many slave owners at the time. If we are to disqualify an idea based on the originator being a slave owner, then this country’s founding is essentially meaningless. 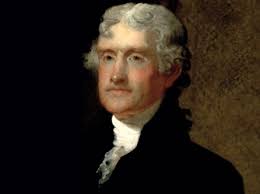 Declaration of Independence author Thomas Jefferson also owned slaves. Father of the Constitution James Madison also owned slaves. Again, slavery is wrong, but does an act nullify everything that an individual did or believes in? Should the secession document we celebrate every fourth day in July be forgotten? Should the Constitution that protects our free speech rights be nullified?

In a statement, the Equal Employment Opportunity Commission made it clear they were not prejudging the complaint by the federal employee against the Gadsden Flag. They did however note that the ambiguity regarding the current meaning of the symbol warranted a taxpayer-funded investigation into how the symbol itself is displayed.

The problem is that in pursuing the complaint, the Equal Employment Opportunity Commission has already prejudged the complaint by finding it has merit. Despite the fact that history is quite clear on the symbol, the Commission still moved forward to spend taxpayer money determining whether it was an offensive and racist symbol that constitutes workplace harassment.

The implications from the case could be far reaching. If the Equal Employment Opportunity Commission finds that the employee bearing the Gadsden Flag cap is guilty of workplace harassment, this opens the door for harassment of right wing Americans based on political beliefs. If a historical symbol that has in recent years been adopted by conservatives and libertarians is found to be racist, what happens next? If Gadsden Flag is found to be workplace harassment, what happens next?