This article has been updated to include comment from Senator Paul’s office.

Sen. Lindsey Graham (R-SC) told reporters on Tuesday that Sen. Rand Paul (R-KY) is the first GOP defection in the Senate on the Affordable Health Care Act (AHCA), according to The Hill.

Graham said, “I’m very leery of a healthcare bill passing the Senate that can get through the House. We’ve already lost Rand Paul so we’re down to 51.”

He then went on to describe Sen. Paul as “irretrievably gone” on the bill, adding, “he’s not going to vote for any bill that has refundable tax credits to help low-income people buy healthcare.”

Paul has long expressed skepticism of the AHCA, describing it as “Obamacare lite” and noting that “it doesn’t fix the problems”, echoing widespread concerns about the bill held by fiscal conservatives. In the House, Rep. Thomas Massie (R-KY), a close ally of Paul, ultimately voted against the bill.

Nevertheless, Paul’s vote represents a considerable defeat for President Donald Trump, who had previously expressed confidence he would receive the Senator’s backing on the legislation, even inviting him out for a day of golf in order to persuade him to switch his vote.

With Paul out of the picture, Republicans can afford to lose only one more vote before the bill fails altogether. As a result, the future of this legislation appears to rest in the hands of the next two most conservative Senators, Ted Cruz (R-TX) and Mike Lee (R-TX), as well as the two most moderate Republican Senators, Lisa Murkowski (R-AK) and Susan Collins (R-ME), who have differing objections to the bill. Lee and Cruz are set to play a key role in crafting the Senate’s overhaul of the original House bill. The vote is set to come later this month.

As hopes of any Obamacare repeal bill passing Congress fade, the administration is set to focus on pushing other key parts of the Trump agenda, such as the infrastructure package and tax reform.

Update: Sen. Paul’s office responded to this article with the following statement:

“While we do have a press assistant opening in the Communications Department, Senator Graham has not applied and should not make public statements on behalf of Senator Rand Paul. Senator Paul remains optimistic the bill can be improved in the days ahead and is keeping an open mind.” 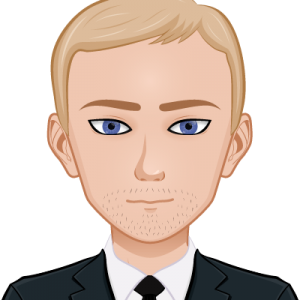 Eduardo Rivero is the executive editor of The Liberty Conservative.