While former Secretary of State Hillary Clinton may have legally cleared her name in the e-mail saga, lingering doubt remains. Federal Bureau of Investigation chief James Comey noted a number of faults with her time as Secretary of State, but ultimately decided to not recommend criminal charges. This provided cover for Attorney General Loretta Lynch to excuse Clinton after an inappropriate and suspicious tarmac meeting with former President Bill Clinton. Regardless of how awkward this is for everyone involved, no indictment is good politics.

Then came the news that Clinton was facing the resurrection of a State Department investigation, which had been previously halted as the F.B.I. launched their own investigation.

Now news is starting to hit her leadership team, with superdelegate and Congresswoman Corrine Brown being nailed by a federal investigation. 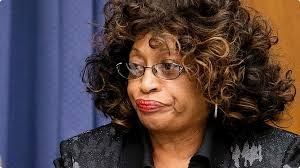 Her chief of staff was also indicted as part of the conspiracy and fraud allegations.

Is this the leadership that Hillary Clinton, who recently escaped indictment after her husband had a tarmac meeting with the Attorney General, surrounds herself with? Will Clinton aim to win the presidential election with individuals who commit fraud against students who just want to further their education?

This is the problem with the superdelegate process as well. Instead of being accountable to the Democratic grassroots, people like Congresswoman Brown can be given power over the nomination process while hurting everyday Americans everywhere. The Associated Press even called the nomination race before these types of people even voted, based on their stated preference.

Is this how the Democratic Party wants to operate?

Superdelegates have long been the focus of criticism by the Democratic grassroots and supporters of Senator Bernie Sanders, both of which believe that giving special treatment to certain party members creates a party elite that hurts the democratic process. Battles have broken out across the country as the primaries became progressively more heated. In Maine, State Representative Diane Russell  of Portland pushed a resolution that was overwhelmingly accepted at the State Convention, to push for the end of superdelegates.

While many Democrats may disagree philosophically, politically, and economically on a number of issues, everyone can likely agree that individuals like Congresswoman Brown should not be involved in any significant capacity when it comes to the decision making in this country. To think that the Democratic Party has rules set up to automatically give a vote for President to people like Congresswoman Brown is unthinkable.

The question from here is whether Democrats will continue to stand for this. Not only should the Florida Congresswoman not be re-elected, Democrats should move to strip her of her vote and denounce the Party for thus far remaining silent. Sometimes principles and integrity are more important than party supremacy. In this case, Corrine Brown and her disgraceful ways need to go. 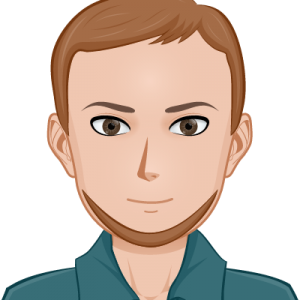