With all the absurdity and pandering this election cycle, it’s hard to tell if campaigns are being serious or it’s just a troll on the internet.

A new Hillary Clinton “campaign” photo has been gaining traction on twitter today:

The hunky lumberjack caught the eye of Twitter with the quote “I am man enough to vote for a woman… are you?” and the hashtag #ManEnough4Hillary.

This has to be someone trolling…right? Or is Hillary Clinton’s campaign that out of touch. 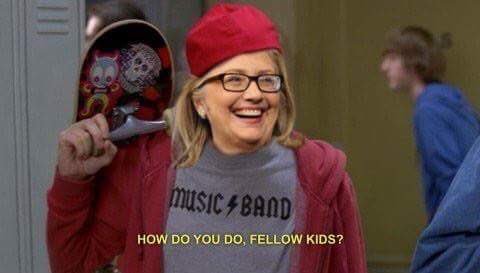 Upon a little bit of digging, twitter users quickly found that the model in the photo is a stock image, and was recently used in a syphilis ad on a bus. Whoops.

Sebastian Gorka: Democrats Will Be Rocked By “Even Larger Scandal” In Days To Come!

Kaytee Moyer is a graduate of Millersville University of Pennsylvania, where she received a BA in Government and Political Affairs. She is actively fighting for liberty in her home state of Pennsylvania. Kaytee is an Advocate for Young Voices and she is a contributor at The Libertarian Republic, LifeZette, OUTSET magazine and PennLive

Sebastian Gorka: Democrats Will Be Rocked By “Even Larger Scandal” In Days To Come!